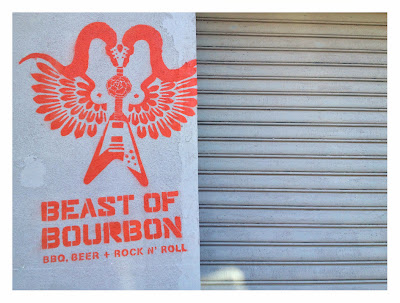 For WEEKS the shutters were down, with only this stencil sprayed on the wall and a piece of paper that just said 'Soon' type out on it in Times New Roman... we were worrying we wouldn't be able to enjoy some nearby brisket before we left - but the BBQ odds worked in our favour.

We went there on Friday night to meet Laura for some farewell brisket and bourbon... well, more than just brisket... 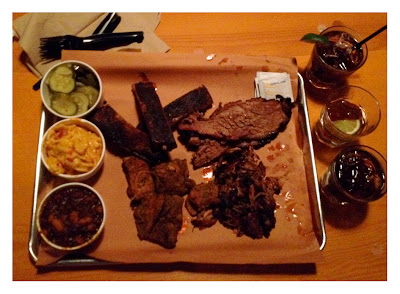 Brisket, Pulled Pork, Pork Ribs, Beans, Mac n' Cheese, Pickles and Pig Wings! Pig Wings are apparently the bits that they cut off the ribs, it was just pure delicious tender pork with a dry rub on it. They were delicious, as was the rest of the BBQ - especially the Pulled Pork. 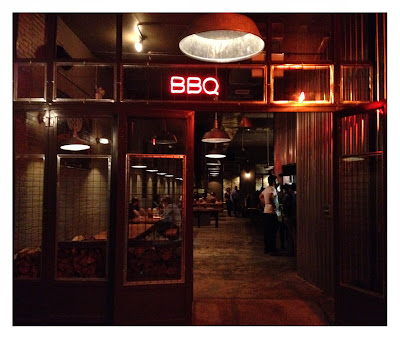 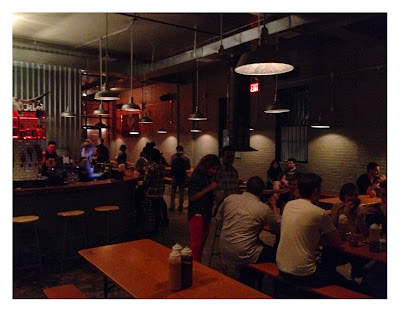 The place looks amazing inside - there's a small bar as you walk in, then there's a huge dining hall type area where there's the BBQ window and another big horse-shoe bar serving all sorts of different whiskeys. Apparently there's an upstairs section too, so it really is a big place!

I'm hoping there'll be time to squeeze in another visit before we go, but it'll definitely be somewhere to go back to when we come to visit Brooklyn again.

Beast of Bourbon's a delicious last minute addition to the Best of Brooklyn's BBQ!
Posted by Ollie at Tuesday, September 24, 2013