Last night, to finish off our longer than usual long weekend, we went to see Ray LaMontagne play in Central Park! 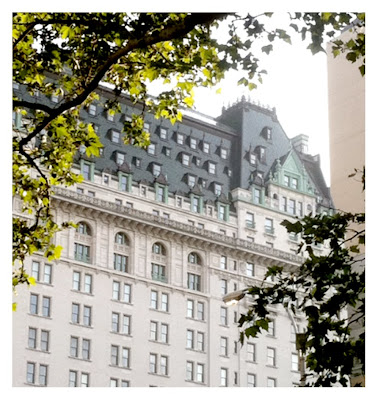 It was the perfect way to end the holiday and end the day, arriving at the Rumsey Playfield in the evening sunlight, walking up through the park from 59th Street, seeing the Plaza Hotel through the trees and seeing everyone still out enjoying the sun. 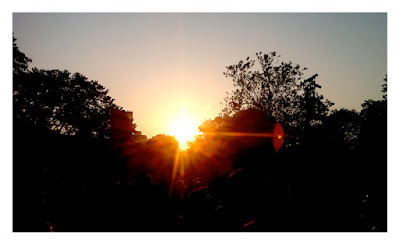 Rumsey Playfield is where they hold all the Summer Stage concerts during the summer, it's a bandshell in the middle of the park and is surrounded by trees, making it all feel far more intimate than being in a field. We arrived just as the sun was going down, and just as the second support act was finishing, so we got ourselves a drink and found a good spot to enjoy the music... 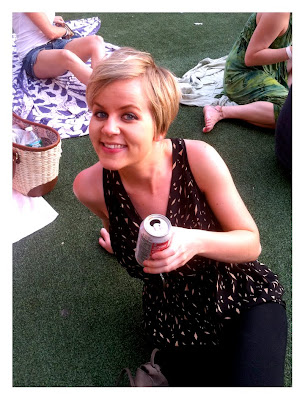 Then he came on, Mister Ray LaMontagne quietly came to the stage with a feather in his cap, followed by his band the Prarie Dogs... 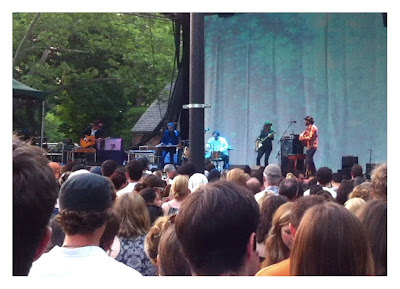 One of the first songs was the beeeeeautiful Hold You In My Arms...

During which two people got engaged! We didn't see the whole down on one knee thing happen, but we heard the cheers coming from the crowd to the right of the stage. It would have been a bit embarrassing if she'd said no infront of all those people though!

Because he was playing with his band, he changed some of his songs a bit, making some of the more intimate songs he sings on his own a bit bigger and bandy, and making some of the bluesier ones more countryfied. One of the ones he changed was You Can Bring Me Flowers, which is usually quite dark and bluesy but Mr. Mountain invited the Secret Sisters (one of the support bands) out on stage to sing a country version of the song...

We were both a bit surprised at how many people were chit-chatting through the gig, especially the two people infront of us. We came to the conclusion that they were on a date, maybe their first date, and felt the need to make conversation with each other (and therefore missing the amazing music). So as the date goes on, the guy runs out of things to talk about so he improvises and whips out his iPhone to start talking his date through ANGRY BIRDS?!?!?! 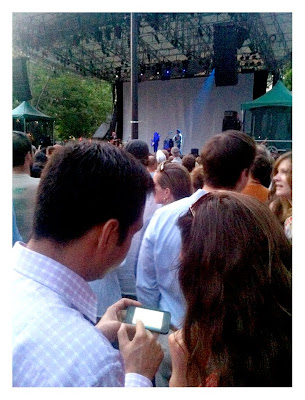 "So there are these pigs here, and you've got these birds here..."
Annoying.

Towards the end of the gig Ray and the Prairie Dogs did an amazing version of Henry Nearly Killed Me - it was the stompiest, boomiest country song, with wailing harmonicas and amazing drumming, it really got everyone going...

The contrast between the songs was fantastic, he was able to make the whole park feel amazingly intimate with some songs, just him and his guitar, then with others he made it feel like a big old party with him and his band rocking out. It was absolutely fantastic. 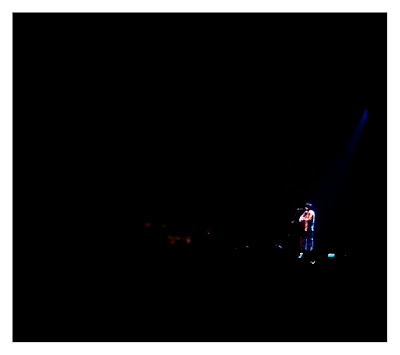 Everyone seemed to be having a great time, the atmosphere was brilliant and Abi and I were absolutely amazed and how powerful his voice is - he sounds just as good, if not better than his albums.

I've been wanting to see Ray LaMontagne play for AGES, so I'm so so so pleased I was able to see him with Abi in such a beautiful setting. Arriving at the playing field was the sun was beginning to set and then hearing him play until it got dark in Central Park was just incredible.

What also made the whole thing feel so nice was that Mr. Ray seemed genuinely thankful for everyone coming to see him - as he finished the gig he kept quietly (he seems pretty shy) saying thank you, and thank you for being patient with the sound, and thank you for all coming to see him, and for making it so special... then he took his hat off, took a little bow and then slipped off into the shadows on the stage.
Posted by Ollie at Wednesday, June 01, 2011